Books of Interest: Chasing Down Religion 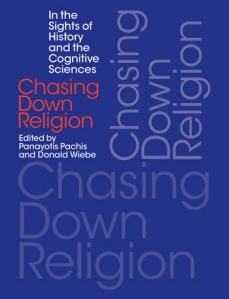 Panayotis Pachis and Donald Wiebe (eds.), Chasing Down Religion: In the Sights of History and the Cognitive Sciences (Equinox 2014)

Whether as a historian finding solutions to unresolved problems or as a scientist finding the causes for events and actions, Luther Martin’s primary focus has been to get to the roots of the religious impulse in human existence. This collection of essays from scholars of his own generation and from his best students cover the three major strands of his work: the Greco-Roman world, cognitive science approaches to explaining religious phenomena and methodological issues in the academic study of religions. The contributions build on the work of Luther Martin and further the ongoing discussion and debate within these areas of religious studies.