Books of Interest: Religion and Magic in Western Culture 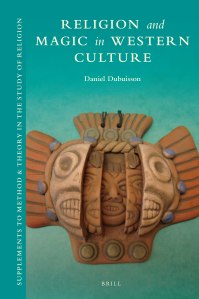 In the history of Western culture, theology, and science, a strict dichotomy exists between religion and magic: religion as the intellectually and morally superior one – magic as the primitive, superstitious, demonic other.
The present work aims to break with this tradition, and traces the origin of this dichotomy as well as its many purposes. Whose powers does it serve? Which interests and ideological stakes does it conceal?
Moreover, the author proposes a new epistemological framework for the study of magisms as well as their “rehumanisation”, and argues for a rehabilitation of their studies.