Books of Interest: The Question of Methodological Naturalism

New in the series: Supplements to Method & Theory in the Study of Religion, edited Aaron W. Hughes, Russell McCutcheon and Kocku von Stuckrad.

The traditions and institutions that we call religions abound with references to the supernatural: ancestral spirits, karma, the afterlife, miracles, revelation, deities, etc. How are students of religion to approach the behaviors, doctrines, and beliefs that refer to such phenomena, which by their very nature are supposed to defy the methods of empirical research and the theories of historical scholarship? That is the question of methodological naturalism. The Question of Methodological Naturalism offers ten thoughtful engagements with that perennial question for the academic study of religion. Contributors include established senior scholars and newer voices propounding a range of perspectives, resulting in both surprising points of convergence and irreconcilable differences in how our shared discipline should be conceptualized and practiced.

New in the Equinox Series Culture on the Edge: Studies in Identity Formation edited by Steven Ramey, University of Alabama

Matt Sheedy (editor). Identity, Politics and the Study of Islam: Current Dilemmas in the Study of Religions (Equinox Publishing, 2018)

Based partly on a series of posts coming out of the Bulletin for the Study of Religion blog, this volume includes greatly expanded essays by Ruth Mas, Sarah Imhoff and James Crossley as well as new pieces by Devin Stewart, Carlos Segovia, Alexandre Caeiro and Emmanuelle Stefanidis, Russell McCutcheon and Salman Sayyid. This volume, thus, brings together a variety of scholars both inside and outside of Islamic Studies in order to grapple with such questions as: what, if anything, is unique about Islamic Studies? How should Islamic studies as religious studies engage with postcolonial critique? What is the role of identity politics in such endeavors? What are the lines between descriptive (hermeneutic) work and theoretical explanations of Islamic texts? What can scholars in related areas, such as the study of Judaism and early Christianity, offer to this conversation by way of analogy? Can ethical, political, or theological concerns function critically to help theorize Islam?

The volume is divided into four sections: Theory and Identity Politics in the Study of Islam, which looks at the role of identity, knowledge production, and political commitments among scholars of Islam; Critique and Identity in Qur’anic Studies, which deals with challenges in applying critical-historical methods to the study of the Qur’an and how these methods relate to some of the issues raised Omid Safi and Aaron Hughes; Comparative Views from Outside Islamic Studies, which provides a comparative view of how scholars have dealt with similar concerns in the study of Judaism and Christianity; and A Critical Appraisal, which offers a direct challenge to Safi and Hughes.

Find out more and purchase HERE

Quote the code RELIGION to receive 25% off any edition

Books of Interest: “Religion” in Theory and Practice Demystifying the Field for Burgeoning Academics 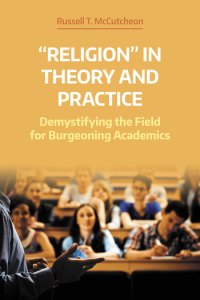 “Religion” in Theory and Practice follows on from Russell T. McCutcheon’s book Entanglements: Marking Place in the Field of Religion (Equinox Publishing, 2014) by offering an overview of the current state of theory in the academic study of religion, and examining a variety of practical sites where critical scholarship is implemented but also challenged. Although addressed to early career scholars, this volume will also be of interest to anyone curious about why so many in the study of religion continue to assume that their object of study needs special attention.

The first section outlines McCutcheon’s broader and more recent thoughts on the current state of the field (such as the claim, by some, that it is now “post-theory”) while the second section applies the first at a variety of discrete sites within the profession, from how we approach teaching the introductory course and the ongoing problem of contingent labor to the varied readers that we can now reach with our work. The volume concludes with a third section in which twenty-one different scholars, each at an early point in their career, take the stage, offering their own views on the challenges of professionalization, job market, gaining teaching experience, and work–life balance. The volume therefore invites readers to step back from their own individual, specialized work and to consider some of the structures in which the wider field exists—and some of the things that we all might do, regardless our career stage, in response to them.

Find out more and purchase HERE.

Books of Interest: Method Today Redescribing Approaches to the Study of Religion

Thirty or forty years ago, the phrase “method and theory” in Religious Studies scholarship referred to more social scientific approaches to the study of religion, as opposed to the more traditional theological hermeneutics common to the field. Today, however, it seems that everyone claims to do “theory and method,” including those people who shun social scientific approaches the academic study of religion.

Method Today brings together the contributions of scholars from a recent North American Association for the Study of Religion conference to explore the question of what it means to do “theory and method” in an era where the phrase has no distinct meaning. Contributors specifically address the categories of description, interpretation, comparison, and explanation in Religious Studies scholarship.

Find out more and purchase HERE. 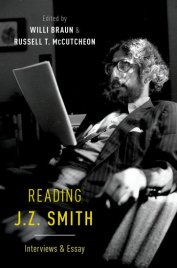 Over the course of a career of more than forty years, Jonathan Z. Smith was among the most important voices of critical reflection within the academic study of religion, distinguishing himself as perhaps the most influential theorist of religion of the last half century. Among his significant body of work are essays and lectures on teaching and the essential role of academic scholarship on religion in matters of education and public policy. The interviews and essay published here display something of the dynamic, thinking-on-his feet liveliness that Smith brought to questions about the study of religion, his theoretical preferences, and his methods of teaching. With refreshing candidness and clarity, Reading J.Z. Smith offers an often provocative introduction to discussions on issues that still dominate the complex and continually changing critical conversations in the academic study of religion.

Books of Interest: The Category of ‘Religion’ in Contemporary Japan

This book critically examines the term ‘religion’ (shūkyō) as a social category within the sociological context of contemporary Japan. Whereas the nineteenth-century construction of shūkyō has been critically studied by many, the same critical approach has not been extended to the contemporary context of the Japanese-language discourse on shūkyō and Temple Buddhism. This work aims to unveil the norms and imperatives which govern the utilization of the term shūkyō in the specific context of modern day Japan, with a particular focus upon Temple Buddhism. The author draws on a number of popular publications in Japanese, many of which have been written by Buddhist priests. In addition, the book offers rich interview material from conversations with Buddhist priests.

Readers will gain insights into the critical deconstruction, the historicization, and the study of social classification system of ‘religion’, in terms of its cross-cultural application to the contemporary Japanese context. The book will be of interest to students and scholars across a range of disciplines including Japanese Studies, Buddhology, Religious Studies, Social Anthropology, and Sociology.

This selection of essays by Luther Martin brings together studies from throughout his career—both early as well as more recent—in the various areas of Graeco-Roman religions, including mystery cults, Judaism, Christianity, and Gnosticism. It is hoped that these studies, which represent spatial, communal, and cognitive approaches to the study of ancient religions might be of interest to those concerned with the structures and dynamics of religions past in general, as well as to scholars who might, with more recent historical research, confirm, evaluate, extend, or refute the hypotheses offered here, for that is the way scholars work and by which scholarship proceeds. 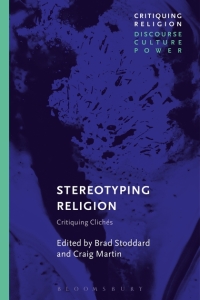 Our  culture is full of popular stereotypes about religion, both positive and negative. Many people uncritically assume that religion is intrinsically violent, or that religion makes people moral, or that it is simply “bullshit”. This concise volume tackles 10 of these stereotypes, addresses why scholars of religion find them to be cliched, describes their origins, and explains the social or political work they rhetorically accomplish in the present.

Cliches addressed include the following:

– Religions are belief systems
– I’m spiritual but not religious
– Religion concerns the transcendent
– Learning about religions leads to tolerance and understanding
– Religion is a private matter.

Written in an easy and accessible style, Stereotyping Religion: Critiquing Cliches will be of interest to all readers looking to clear away unsophisticated assumptions in preparation for more critical studies. 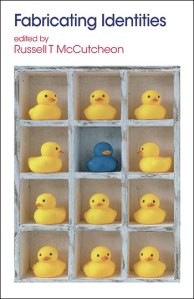 Fabricating Identities pairs early career scholars with members of Culture on the Edge, to explore how social actors identify themselves through their practices and associations. The book is arranged in a series of articles and commentaries that all press the model of seeing what we usually call identity as the result of a series of identifications—actions and circumstances that enable us to understand ourselves as related to others in specific ways. Changing relations result in changing senses of identity.

With an introduction and substantive theoretical afterword, the book’s brief main chapters make it an ideal conversation-starter in classes or primer for those wishing to rethink how we normally talk about identity.

Books of Interest: Religion Explained? The Cognitive Science of Religion after Twenty-five Years

With contributions from founders of the field, including Justin Barrett, E. Thomas Lawson, Robert N. McCauley, Paschal Boyer, Armin Geertz and Harvey Whitehouse, as well as from younger scholars from successive stages in the field’s development, this is an important survey of the first twenty-five years of the cognitive science of religion.

Each chapter provides the author’s views on the contributions the cognitive science of religion has made to the academic study of religion, as well as any shortcomings in the field and challenges for the future. Religion Explained? The Cognitive Science of Religion after Twenty-five Years calls attention to the field whilst providing an accessible and diverse survey of approaches from key voices, as well as offering suggestions for further research within the field.

This book is essential reading for anyone in religious studies, anthropology, and the scientific study of religion.