Books of Interest: Religion Explained? The Cognitive Science of Religion after Twenty-five Years

With contributions from founders of the field, including Justin Barrett, E. Thomas Lawson, Robert N. McCauley, Paschal Boyer, Armin Geertz and Harvey Whitehouse, as well as from younger scholars from successive stages in the field’s development, this is an important survey of the first twenty-five years of the cognitive science of religion. 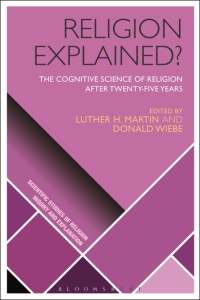 Each chapter provides the author’s views on the contributions the cognitive science of religion has made to the academic study of religion, as well as any shortcomings in the field and challenges for the future. Religion Explained? The Cognitive Science of Religion after Twenty-five Years calls attention to the field whilst providing an accessible and diverse survey of approaches from key voices, as well as offering suggestions for further research within the field.

This book is essential reading for anyone in religious studies, anthropology, and the scientific study of religion.