Books of Interest: The Trouble with Post-Blackness 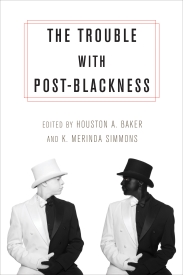 An America in which the color of one’s skin no longer matters would be unprecedented. With the election of President Barack Obama, that future suddenly seemed possible. Obama’s rise reflects a nation of fluid populations and fortunes, a society in which a biracial individual could be embraced as a leader by all.Yet complicating this vision are the shifting demographics, rapid redefinitions of race, and instant invention of brands, trends, and identities that determine how we think about ourselves and the place of others.

This collection of original essays confronts the premise, advanced by black intellectuals, that the Obama administration marked the start of a “post-racial” era in the United States. While the “transcendent” and post-racial black elite declare victory over America’s longstanding codes of racial exclusion and racist violence, their evidence relies largely on their own salaries and celebrity. These essays strike at the certainty of those who insist life, liberty, and the pursuit of happiness are now independent of skin color and race in America. They argue, signify, and testify that “post-blackness” is a problematic mythology masquerading as fact—a dangerous new “race science” motivated by black transcendentalist individualism. Through rigorous analysis, these essays expose the idea of a post-racial nation as a pleasurable entitlement for a black elite, enabling them to reject the ethics and urgency of improving the well-being of the black majority.