In Support of BASR and the Study of Religion at Stirling 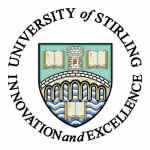 Below is the text sent on 4 September 2015 to the University of Stirling on behalf of NAASR’s Executive Council.

On behalf of the Executive Council of the North American Association for the Study of Religion, a member of the International Association for the History of Religions, we are writing you to offer our strong support of the September 3rd statement issued by the British Association for the Study of Religion. We agree that “Colleagues and students from Stirling have been at the forefront of critical study and debate about religion,” and that the academic and nondenominational study of religion “has a key role within higher education institutions.” Consequently, we echo their call for you to  “reconsider the closure of an independent department that is greatly valued nationally and internationally.”

By naasreligion in NAASR Notes on September 4, 2015.
← Books of Interest: Building God’s Kingdom New Issue of the Bulletin for the Study of Religion (44.3) →
Loading Comments...
%d bloggers like this: